A grandson’s photo album. Old postcards. English porcelain. A granite headstone. These are just a few of the material objects that help reconstruct the histories of colonial people who lived during Japan’s empire. These objects, along with oral histories and visual imagery, reveal aspects of lives that reliance on the colonial archive alone cannot. They help answer the primary question of Lost Histories: Is it possible to write the history of Japan’s colonial subjects? Kirsten Ziomek contends that it is possible, and in the process she brings us closer to understanding the complexities of their lives.

Lost Histories provides a geographically and temporally holistic view of the Japanese empire from the early 1900s to the 1970s. The experiences of the four least-examined groups of Japanese colonial subjects—the Ainu, Taiwan’s indigenous people, Micronesians, and Okinawans—are the centerpiece of the book. By reconstructing individual life histories and following these people as they crossed colonial borders to the metropolis and beyond, Ziomek conveys the dynamic nature of an empire in motion and explains how individuals navigated the vagaries of imperial life. 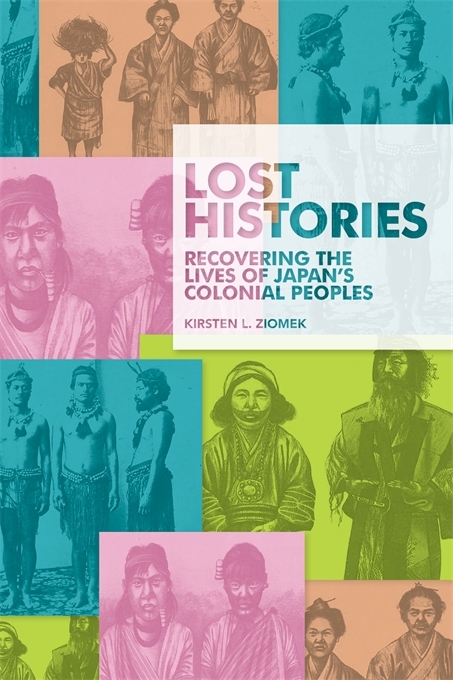