Making History Matter explores the role history and historians played in imperial Japan’s nation and empire building from the 1890s to the 1930s. As ideological architects of this process, leading historians wrote and rewrote narratives that justified the expanding realm. Learning from their Prussian counterparts, they highlighted their empiricist methodology and their scholarly standpoint to authenticate their perspective and to distinguish themselves from competing discourses. Simultaneously, historians affirmed imperial myths that helped bolster statist authoritarianism domestically and aggressive expansionism abroad. In so doing, they aligned politically with illiberal national leaders who provided funding and other support necessary to nurture the modern discipline of history. By the 1930s, the field was thriving and historians were crucial actors in nationwide commemorations and historical enterprises.

Through a close reading of vast, multilingual sources, with a focus on Kuroita Katsumi, Lisa Yoshikawa argues that scholarship and politics were inseparable as Japan’s historical profession developed. In the process of making history matter, historians constructed a national past to counter growing interwar liberalism. This outlook—which continues as the historical perspective that the Liberal Democratic Party leadership embraces—ultimately justified the Japanese aggressions during the Asia-Pacific Wars.

Lisa Yoshikawa is Associate Professor of History and Asian Studies at Hobart and William Smith Colleges. 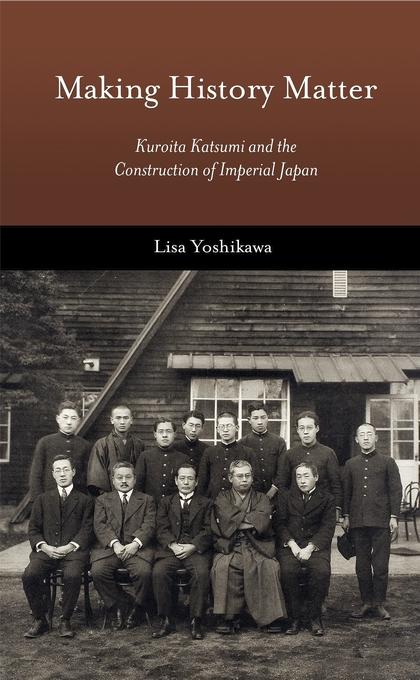