Plucking Chrysanthemums is a critical study of the life and works of Narushima Ryūhoku (1837–1884): Confucian scholar, world traveler, pioneering journalist, and irrepressible satirist. A major figure on the nineteenth-century Japanese cultural scene, Ryūhoku wrote works that were deeply rooted in classical Sinitic literary traditions. Sinitic poetry and prose enjoyed a central and prestigious place in Japan for nearly all of its history, and the act of composing it continued to offer modern Japanese literary figures the chance to incorporate themselves into a written tradition that transcended national borders. Adopting Ryūhoku’s multifarious invocations of Six Dynasties poet Tao Yuanming as an organizing motif, Matthew Fraleigh traces the disparate ways in which Ryūhoku drew upon the Sinitic textual heritage over the course of his career. The classical figure of this famed Chinese poet and the Sinitic tradition as a whole constituted a referential repository to be shaped, shifted, and variously spun to meet the emerging circumstances of the writer as well as his expressive aims. Plucking Chrysanthemums is the first book-length study of Ryūhoku in a Western language and also one of the first Western-language monographs to examine Sinitic poetry and prose (kanshibun) composition in modern Japan. 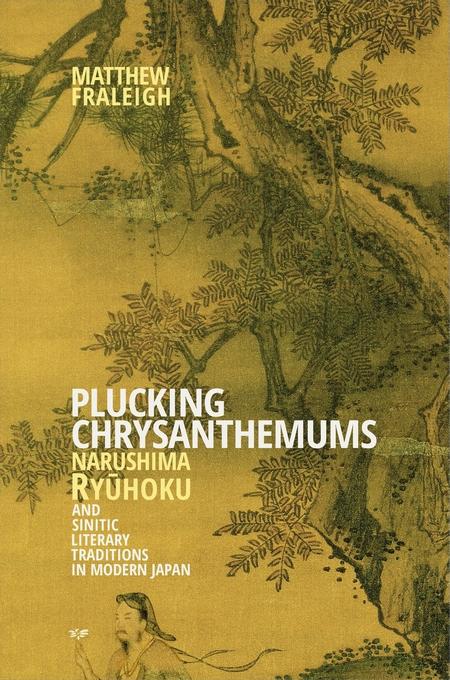