Rise of a Japanese Chinatown is the first English-language monograph on the history of a Chinese immigrant community in Japan. It focuses on the transformations of that population in the Japanese port city of Yokohama from the Sino–Japanese War of 1894–1895 to the normalization of Sino–Japanese ties in 1972 and beyond. Eric C. Han narrates the paradoxical story of how, during periods of war and peace, Chinese immigrants found an enduring place within a monoethnic state.

This study makes a significant contribution to scholarship on the construction of Chinese and Japanese identities and on Chinese migration and settlement. Using local newspapers, Chinese and Japanese government records, memoirs, and conversations with Yokohama residents, it retells the familiar story of Chinese nation building in the context of Sino-Japanese relations. But it builds on existing works by directing attention as well to non-elite Yokohama Chinese, those who sheltered revolutionary activists and served as an audience for their nationalist messages. Han also highlights contradictions between national and local identifications of these Chinese, who self-identified as Yokohama-ites (hamakko) without claiming Japaneseness or denying their Chineseness. Their historical role in Yokohama’s richly diverse cosmopolitan past can offer insight into a future, more inclusive Japan.

Eric C. Han is Associate Professor of History at the College of William & Mary. 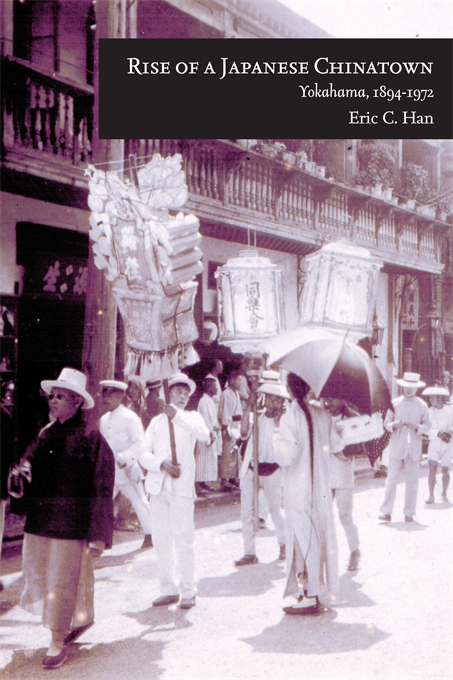