The "Greatest Problem": Religion and State Formation in Meiji Japan

At its inception in 1868, the modern Japanese state pursued policies and created institutions that lacked a coherent conception of religion. Yet the architects of the modern state pursued an explicit “religious settlement” as they set about designing a constitutional order through the 1880s. As a result, many of the cardinal institutions of the state, particularly the imperial institution, eventually were defined in opposition to religion.

Drawing on an assortment of primary sources, including internal government debates, diplomatic negotiations, and the popular press, Trent E. Maxey documents how the novel category of religion came to be seen as the “greatest problem” by the architects of the modern Japanese state. In Meiji Japan, religion designated a cognitive and social pluralism that resisted direct state control. It also provided the modern state with a means to contain, regulate, and neutralize that plurality.

Trent E. Maxey is Associate Professor of Asian Languages and Civilizations and History at Amherst College. 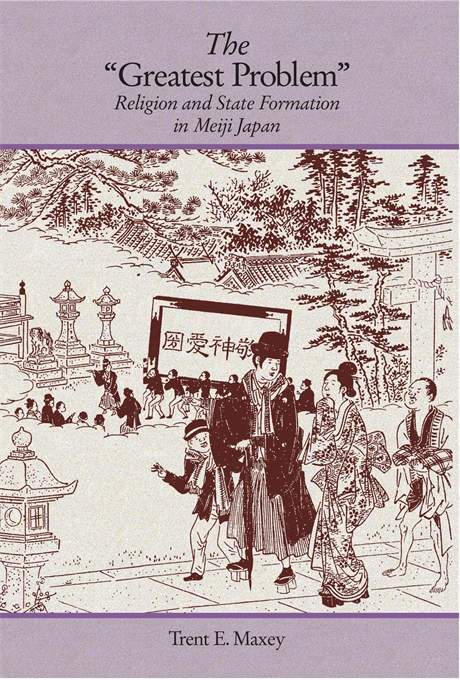