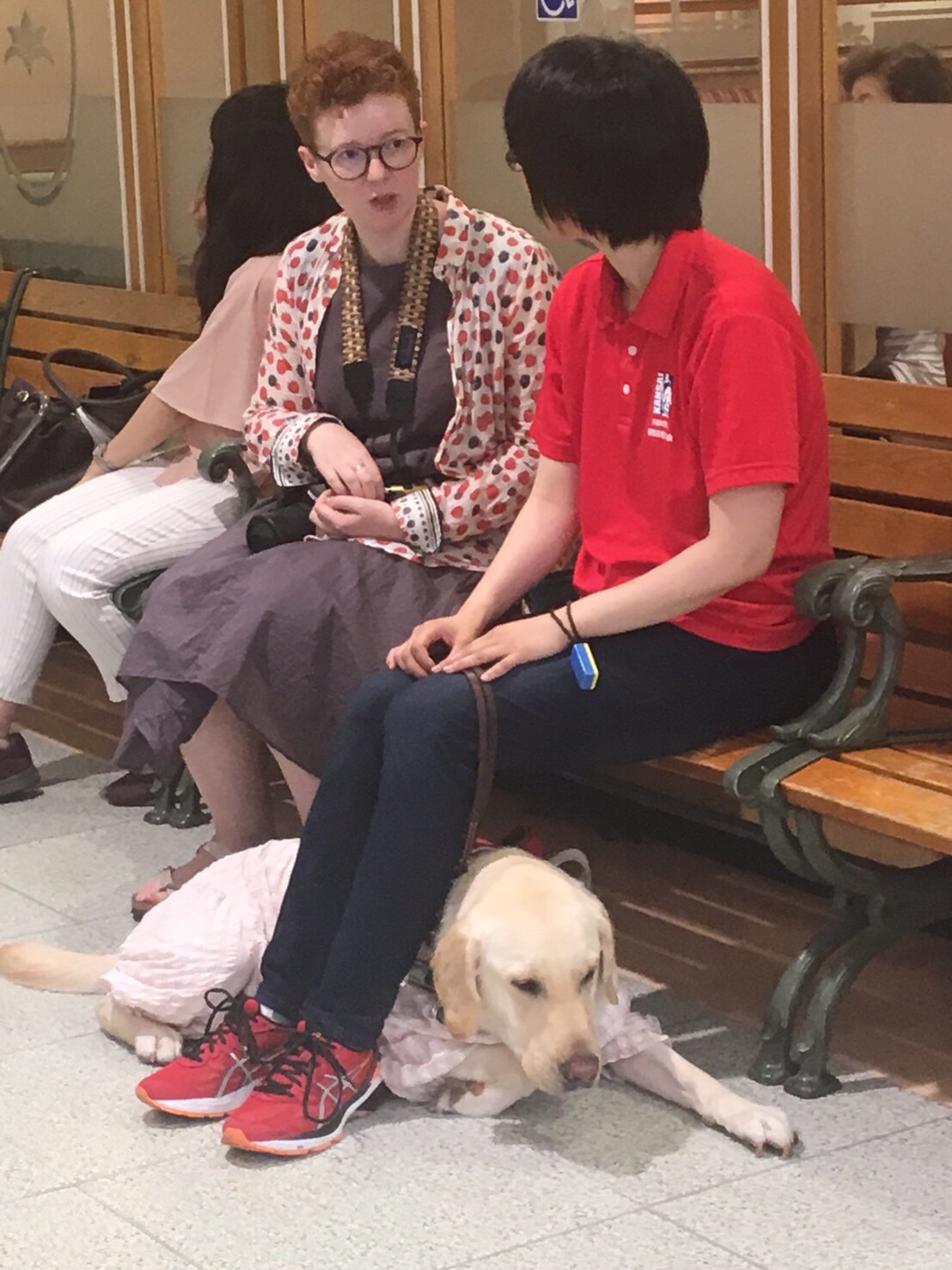 This summer, thanks to the generous support from the Reischauer Institute, I was able to spend a full three months in Japan for the first time in three years, polishing my language skills and conducting preliminary fieldwork. I was able to accomplish the following goals: I was able to clarify the direction of my dissertation project, I settled on a topic for my Critical Media Project (CMP), and I was able to attend a trip to Rikuzentakata, Iwate Prefecture.

The highlight of my trip was reconnecting with contacts in Jimbocho, Tokyo, where I plan to conduct the fieldwork for my dissertation. In particular, I was able to present some of my historical research to a study group of Japanese scholars, librarians, and bookstore owners in Jimbocho in July. The presentation was an opportunity to receive feedback from the people who know my topic well, as well as to develop new research questions and angles. Later in the summer, I was also able to meet new contacts in Jimbocho.

I have also had the opportunity to broaden by perspective on bookselling in Japan by spending time in Kyoto. A particular highlight was the Shimogamo Used Book Fair. The shrine is a world heritage site, making it a stunning and idyllic location for bookselling. Kyoto, of course, is swelteringly hot in the summer, so I went equipped with a folding fan to browse the books. The roar of the cicadas in the trees of the shrine ground was almost deafening. While Tokyo often has the image of being the used book capital of Japan, I was particularly impressed with the level of used book mania in Kyoto.

In addition to delving back into my main fieldwork site of Jimbocho, I was also able to begin developing my secondary project for my CMP. I meet with the Kansai Guide Dogs for the Blind Association, observed dogs being trained, and attended an informational seminar on the role that guide dogs play in society and the challenges that people with vision impairments face in Japan.

I am also indebted to the Reischauer Institute for organizing several cultural events this summer. On July 4th, we were very lucky to be invited to visit the Ministry of Foreign Affairs, the National Diet, and the Prime Minister's office. It really felt like our hosts pulled out all the stops to give us a once in a lifetime view of the inside workings of the Japanese government. I was particularly lucky in that I was given the opportunity to sit in the Prime Minister’s chair in the budget committee's chambers.

Finally, thanks to the Reischauer Institute, I was able to visit Rikuzentakata, in Iwate Prefecture. Since I was in Japan at the time of the 3.11 earthquake, it was a particularly moving journey. It was surreal to see the scale of the project to create a massive embankment to safeguard the city against future tsunami, and the scale of the seawall was impressive. That trip also gave us the opportunity to witness the “Kenka Tanabata” - the fighting festival. Before the festival was explained to us, we were able to participate in making paper stems for the flowers on the dashi (floats). The next day, we learned that the massive dashi were rammed together and pulled in an tug of war that pitted one side of the community against the other, thus Kenka Tanabata. I was particularly struck by how carefully they positioned the dashi before the tug of war began. The leaders from the two sides worked carefully to align the dashi correctly so that they would strike each other just so. Tempers ran high, and they repositioned the dashi several times before the go ahead was given. Standing there, it was easy to imagine scenes like that unfolding over the centuries, and it was heartening to see this tradition continuing following the triple disaster.

This summer, I was able to broaden my understanding of Japan beyond Tokyo, developing a better knowledge of both Kansai and Tohoku. I am deeply grateful to the RI for both sending me to Japan and for organizing such world class opportunities for us to experience Japanese culture on a deeper level.