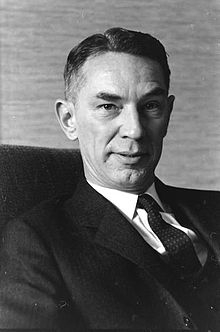 Edwin Oldfather Reischauer (October 1910 – September 1990) was born and raised in Tokyo, the son of Presbyterian educational missionaries. At sixteen, he left Japan for Oberlin College, later taking up graduate work at Harvard where he studied East Asian history, including a five-year world study tour to Paris, Tokyo, Kyoto, and Beijing. He returned to Harvard with his wife Adrienne in 1938, received his Ph.D. in 1939, and taught in the Department of Far Eastern Languages until 1941, when the State Department and the Army recruited him to serve variously as a research analyst, organizer of Japanese language programs for the military, and translator of intercepted military intelligence. After his return to Harvard in 1946, Reischauer guided the development of a new curriculum in East Asian studies and began his career as a prolific writer. It was during this “golden age” of teaching (to use his phrase) that he began his collaboration with John K. Fairbank to teach a course on East Asian Civilizations, nicknamed “Rice Paddies,” which is still taught today as part of the General Education curriculum. 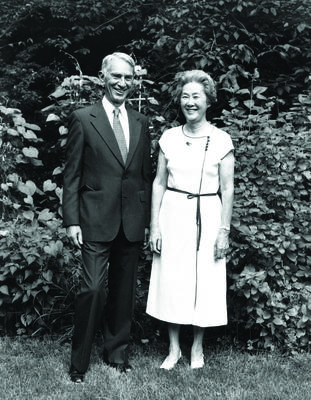 An article written by Reischauer in 1960, analyzing current tensions between the U.S. and Japan, caught the attention of U.S. President John F. Kennedy, who appointed Reischauer as ambassador to Japan (1961-1966). Key to Reischauer’s ambassadorial outlook was the notion of “equal partnership” between Japan and America. He and his second wife Haru Matsukata, a journalist from Tokyo whom he had married after Adrienne’s death in 1955, gave priority to their ties with ordinary Japanese citizens and were enthusiastically received. Both professionally and personally, Haru was a supportive companion to her husband and a strong partner to him as ambassador and scholar.

Returning to Harvard in 1966 as a University Professor, Reischauer continued to teach “Rice Paddies” and, reflecting his growing interest in contemporary issues, developed a course on Japanese Government and Politics in the Government Department and participated in a History Department course on The United States and East Asia. Reischauer wrote many books, including East Asia: Tradition and Transformation (1973), co-authored with John K. Fairbank and Albert M. Craig. He was the prime mover in establishing and funding the Japan Institute, later renamed in his honor, and he served as its director from 1974 to 1981. Up until his retirement in 1981, he continued to teach, write, and initiate a myriad of projects to enhance relations between the U.S. and Japan, including producing a series of lectures on Japanese history on videotape for the University. He was instrumental in expanding not only Harvard’s curriculum but the field of East Asian studies as a whole, deepening American consciousness of Japan and the outside world. All of these contributions continue today to guide the Institute that gratefully carries his name.