Autobiographical writings from a cognitive perspective: Affects and sensibility in Shiga Naoya's shishosetsu

Summary:
One cannot acknowledge people’s ideas as their own unless they are an outgrowth of their feelings (Shiga Naoya, 10: 566; 27;  trans. William F. Sibley, The Shiga Hero, 27).

The protagonist in Shiga Naoya’s autobiographical works often talks about “pleasant and unpleasant feelings, likes and dislikes” that strongly influence his decisions in everyday life. Some critics have viewed this rather negatively as a sign of a solipsistic withdrawal into one’s egotistical self, typical of a shishôsetsu (I novel). This paper argues instead that “feelings” for the Shiga hero were important social resources in navigating the complex ethical landscape in the Meiji-Taisho eras.

Prof. Auestad's hypothesis is that “feelings” (affects) play a similar role in autobiographical writings by some Meiji-Taisho intellectuals including Natsume Soseki and his disciples, the so-called Taisho kyôyôshugi group.  As diverse as they may be in their ideology, belief, and personality, they shared the challenge of adapting to a rapidly changing environment constantly bombarded by new, unfamiliar currents of thought. “Feelings” helped them sort out which ideas they could afford to “acknowledge” and live up to.

In this talk, Prof. Auestad will focus on analyzing how feelings as well as sensibility guide “the Shiga hero” in his short story, “Chijô” (Infatuation 1926), by using an “enactivist model” of analysis discussed by cognitive narratologist David Herman. 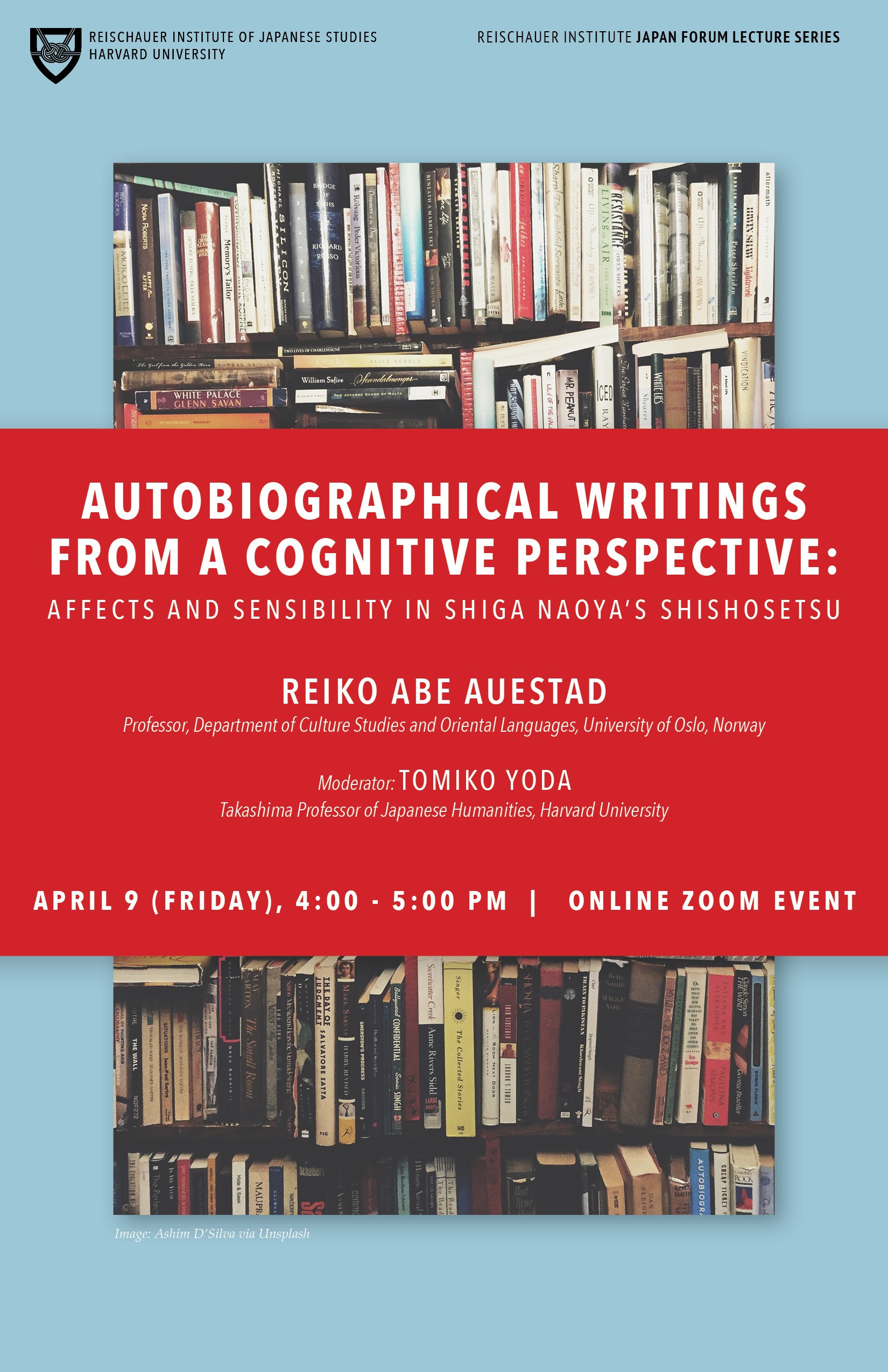