Summary:
Simone de Beauvoir’s monumental work of feminist philosophy, The Second Sex, was translated into Japanese in 1953, just four short years after its first appearance in French. The timing of this translation, Daini no sei, was fortuitous--Japan had just emerged from the shadow of the Allied Occupation and was struggling with the legacy of its postwar reforms. These reforms offered Japanese women an unprecedented array of rights and opportunities, but those who sought to exercise such rights still had to confront conservative norms that expected them to channel their ambitions into “careers” as wives and mothers. To many who sought an unconventional life-course, Beauvoir’s vision of “freedom” through financial independence and professional projects offered an enticing alternative to the prewar “good wife, wise mother” model of femininity—even if, or perhaps because, this vision was difficult to attain in actuality. In this presentation, I trace the various phases of translation and reception of Beauvoir’s philosophy, life, and public image in Japan, from her rise to feminist icon in the 1950s and 1960s through subsequent waves of critique and reinterpretation in the latter decades of the twentieth century. 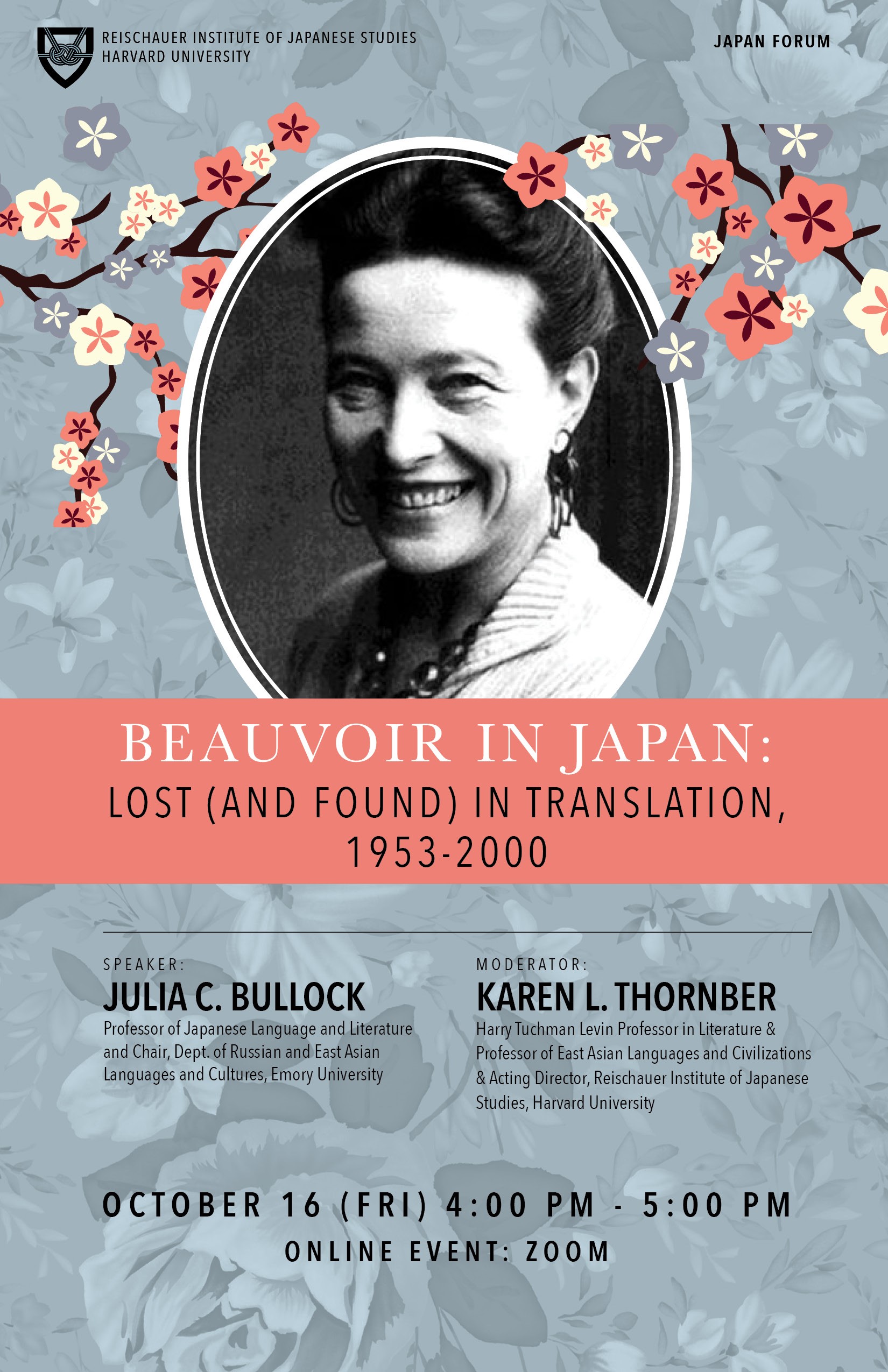