Capturing a “New Cultural Nation”: Photography and Japan in the Early Postwar Era

At the end of the Asia-Pacific War, the Japanese experienced a cultural identity crisis as they faced defeat and a foreign military occupation. Against this background—despite material shortages, rampant inflation, and the Allied Occupation’s surveillance of the media—professional and amateur photographers considered their images essential to broader discussions of Japanese culture and identity. In essays and contest announcements printed in photography magazines, photographers called on their peers to represent Japan as a “new cultural nation” (shin bunka kokka). A diverse portrait of Japan emerged out of their images. Photographers invoked symbols of tradition and modernity, as well as regional and national identities. They documented the ethos of social and economic recovery that the leadership of the Occupation cultivated, and they also captured the pathos of the early postwar years in scenes of poverty and material deprivation. Their images projected hopes for Japan’s future and captured elements of Japan’s wartime past that lingered into the postwar present. Finally, their photos illuminated changing social values and gender roles, foreign cultural influences, and life under the Occupation. Taken together, their photographs demonstrate how photographers experienced cultural change and used image-making as a means to negotiate identity in a time of extreme societal upheaval. 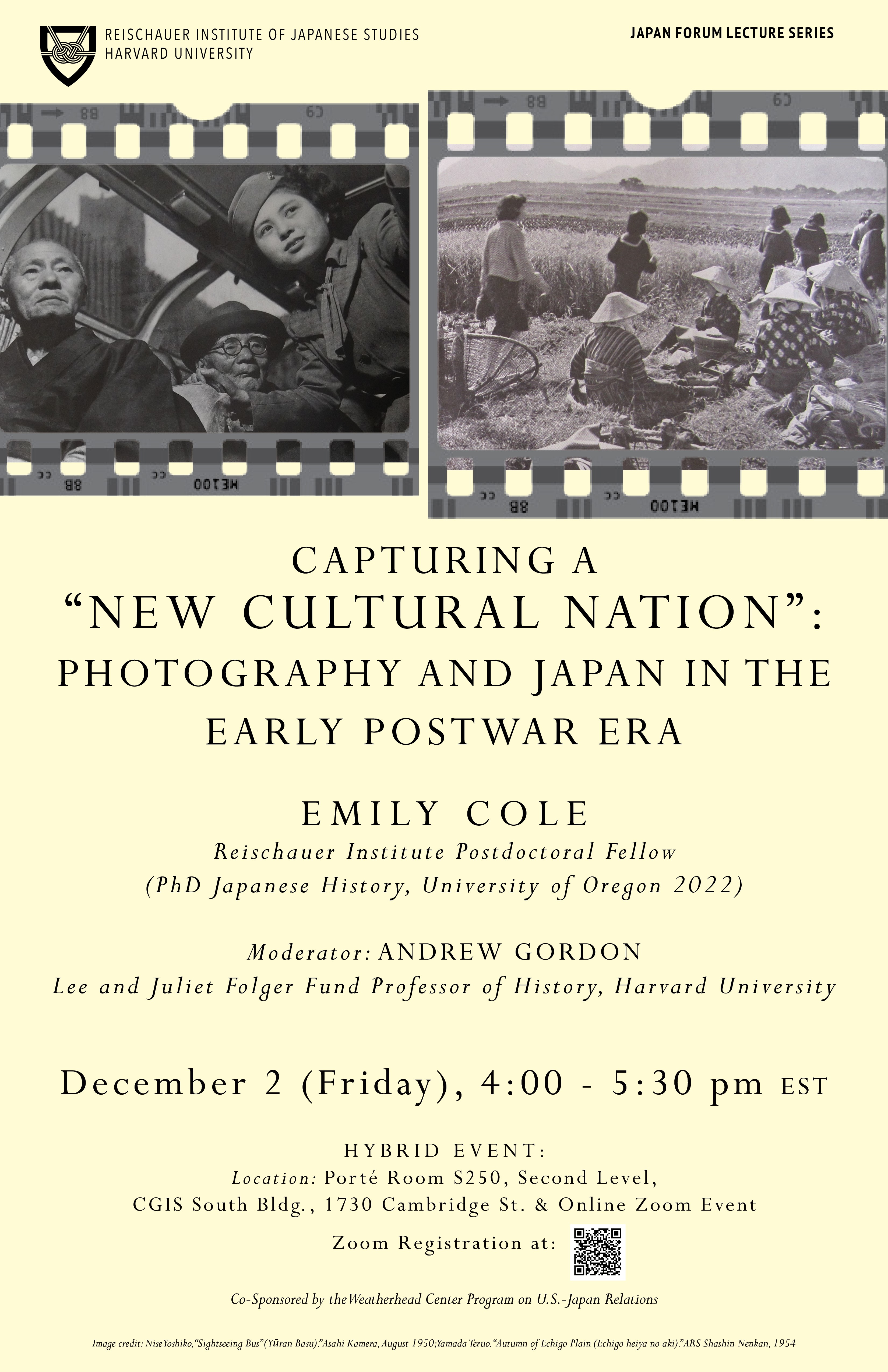