The Missing Colonial Empire: Reading European Histories from within the Sinosphere

Summary:
This talk proposes to take stock of the conceptual vocabulary which early Japanese observers and commentators resorted to when trying to describe and understand the historical trajectory of what we now so self-evidently perceive as an ‘imperial’ expansion of the western powers’ dominion around the world.

By the late eighteenth century, there existed a well-established convention to translate western modes of universal sovereignty (Kayzer, Caesar, Tsar, Imperator) into the equally universalist nomenclature of the post-classical Chinese political theology. By extension, it had become perfectly possible to speak of an ‘emperor-land’ (Ch: diguo; J: teikoku) as a general type of polity. Yet, despite these conditions of translatability by means of such comparative political vocabulary, curiously, the expansion of European powers over the globe was not described in the language of Sino-Japanese equivalent of ‘empire’.

Given that Japanese commentators did not see the conquest and settlement of the non-European world as an instance of empire, what conceptual vocabulary did they use? Which is really to ask: What class of known historical events serving as a general precedent did they suggest the exploits of the Occidentals to be an intuitive instance of? Querying a range of primary sources from the 1790s–1840s, this talk will try to offer some answers while sketching an alternative, historically documented way of articulating the ‘age of empire’. 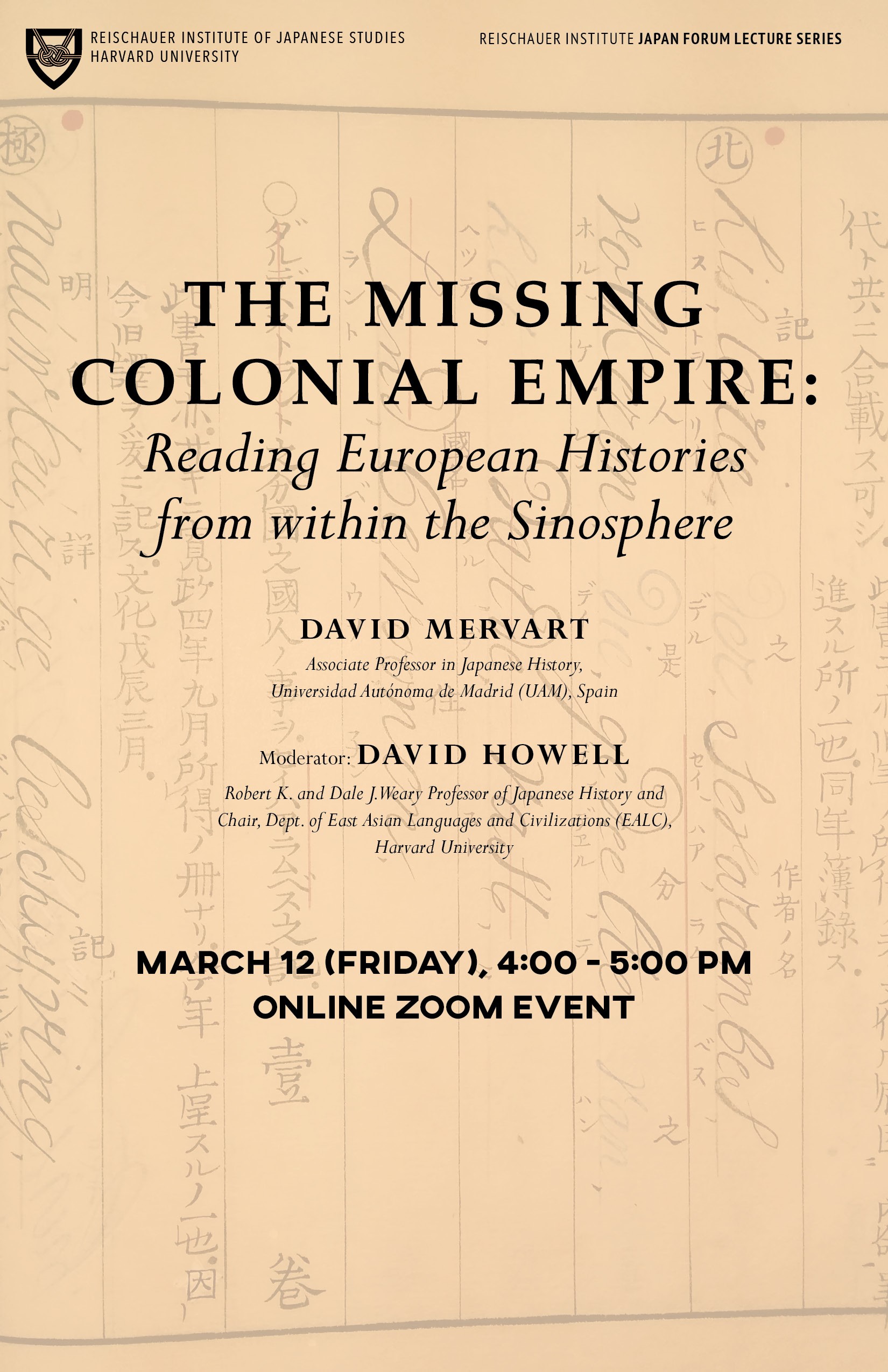