Neoliberal Intimacies, Global Blackness, and the “Kokujin-Hafu” Experience: Toward an Anthropology of Contemporary Afro-Asia

Summary:
In this presentation, the speaker uses the case of mixed-race peoples of black and Japanese ancestry (“kokujin-hafu”) in contemporary Japan to interrogate the existing literature on Afro-Asia. Much of the scholarship examining the intersections between the African and Asian diasporas has done so vis-à-vis these diasporic communities’ shared experiences of and ongoing efforts to contend with the legacies of Western colonial domination. However, the case of black-Japanese and similar Afro-Asian encounters throughout China, Africa, the Caribbean and Latin America, including as result of Japan’s and now China’s economic ascent, offer a critical opportunity to situate and ethnographically explore these sometimes fraught, sometimes intimate encounters within a new era of multipolar globalization in which the Western world has played a less central role.  It remains critical to explore how, for example, the United States continues to exert an enormous influence on the cultural, economic and political life of Japan.  This is reflected in the important work of Transpacific Studies scholars like Yuichiro Onishi, or in the ways in which black-Japanese youth have sought to harness the energies of the American-born Black Lives Matter movement to address their own concerns with anti-black racism in Japan.  However, many African-descended parents of these black-Japanese youth came to Japan in search of economic, educational and other opportunities unavailable not only in the United States but also other sites across the African diaspora, including Africa itself, given the economic challenges created by the structural adjustment and other neoliberal initiatives described by scholars like James Ferguson. Therefore the speaker argues for the value of a multipolar global approach as advocated by Jan Nederveen Pieterse and others to reflect the more fully global dimensions and dynamics of the Afro-Asian encounter in Japan, and for the particular value of ethnographic work in exploring their lived resonances and effects.

Reischauer Institute Japan Forum Special Lecture Series on Race and Racism in Asia and Beyond organized with the Harvard Asia Center, Fairbank Center for Chinese Studies, Korea Institute, Lakshmi Mittal and Family South Asia Institute, and Weatherhead Center Program on US-Japan Relations and co-sponsored by the Harvard Center for African Studies and the Harvard Department of Anthropology 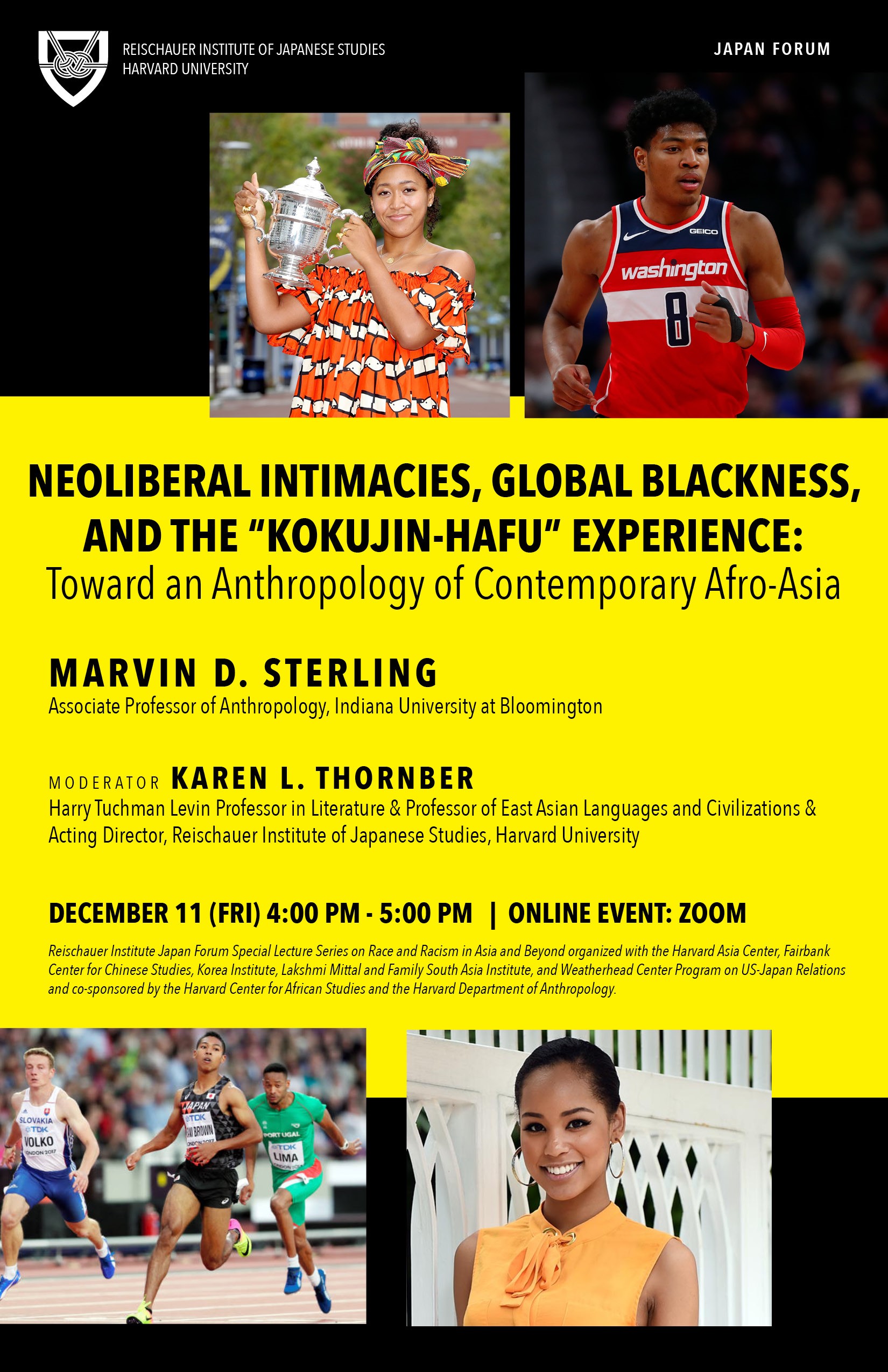