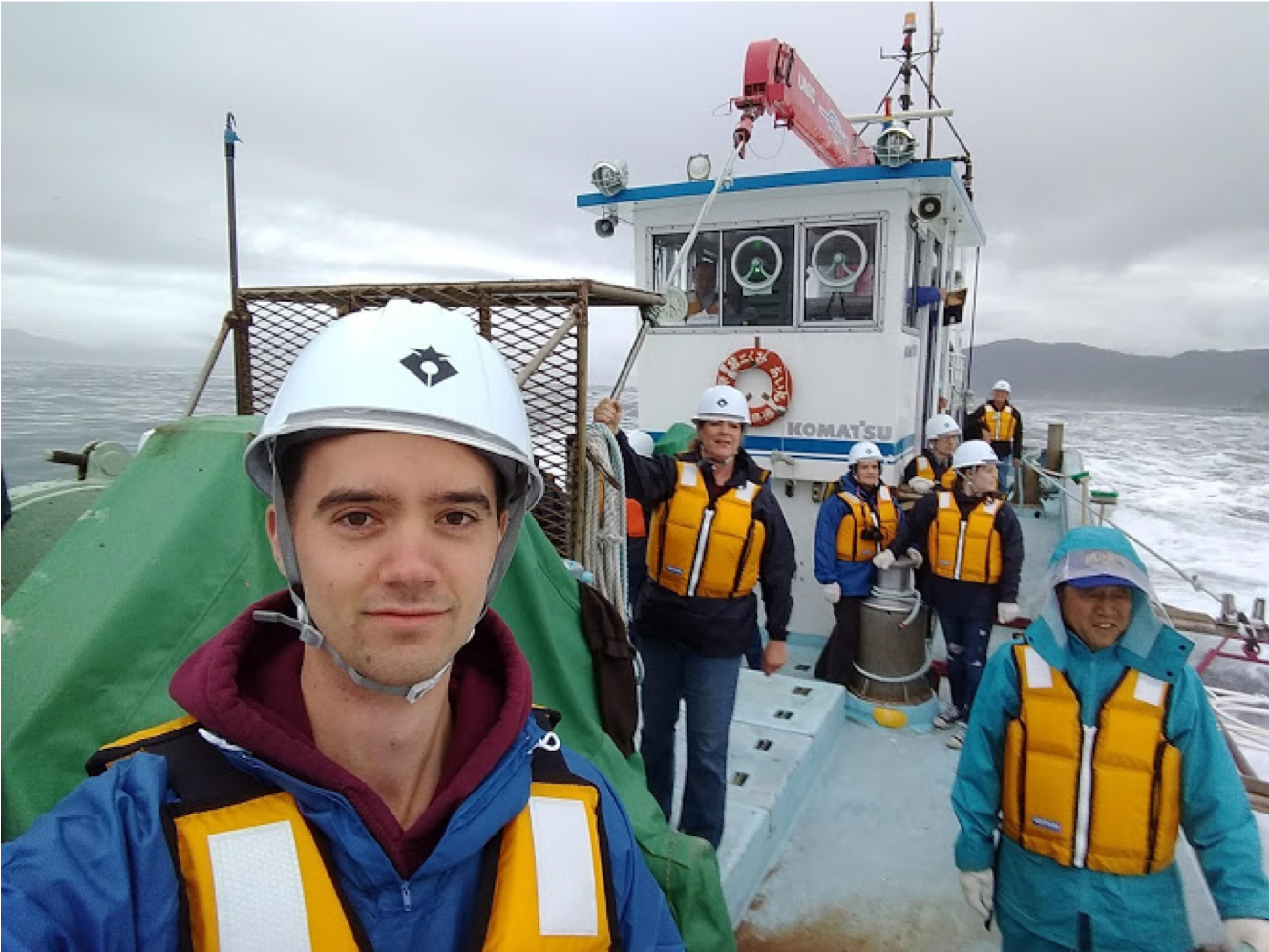 How did you become interested in Japan? After I graduated from high school, I applied to volunteer as a missionary for my church and was assigned to serve in Japan. I lived in and around Tokyo for two years as a missionary, learned (passable) Japanese, and came to love everything about Japan, especially the people I met and the friends I made. But as a missionary, I was very focused on the work I was doing, and consequently there was a lot of Japan and its culture, history, society, etc. that I didn't get much of a chance to learn about. After finishing the mission trip and starting my time at Harvard, I wanted to take every chance I could to learn more about Japan from an academic perspective and continue to build on the Japanese language skills I'd begun to acquire as a missionary.

How were you able to further explore your interest in Japan at Harvard? I took intermediate and advanced Japanese language courses each of my first three years at Harvard, and have also taken courses relating to Japan in fields including sociology, history, political science, and linguistics. In addition, Reischauer Institute funding has allowed me to spend time in Japan during each of the three summers I've been at Harvard. During the summer of 2017 I interned with a company called ISA and conducted English-language leadership workshops for Japanese junior high and high school students; in 2018, I interned at the Rikuzentakata city office in northeastern Japan; and in 2019 I conducted thesis research on community recovery in Rikuzentakata after the 2011 tsunami disaster. I also had the chance to visit Japan for a few weeks during January 2018 on tour with the Harvard Glee Club.

How was your experience in Rikuzentakata? Rikuzentakata was very good to me. As soon as I first visited in the summer of 2018, I fell in love with the Tohoku countryside and the intimate familiarity of the small-town feel. I was also deeply impressed by the resilience of the city's disaster victims, many of whom lost love ones and valuable possessions in the 2011 tsunami but nevertheless are pressing forward with courage and hope for the future. Coming to know the city and its residents humbled and inspired me, and has left me with a strong desire to give back and do my best to make a difference in people's lives.

A piece of advice to someone who has never been abroad? Travel abroad if you can! It doesn't have to be for a long time, but the experience of seeing new places and coming to know people who are different from those you already know is enriching and valuable. It's a lot of fun too.

Plans after Harvard? In the short term, I'm hoping to find public service work in the Boston area, e.g. in government or a nonprofit. Down the road a few years, I'll probably end up in grad school of some kind, and I'd love to find work that enables me to interact with Japan and put to good use my knowledge of Japan, its language, and its culture.

Listen to Westley's experience in Japan: